Needing a name that would differentiate Franklin and Jane's Concord home from his birthplace in Hillsborough, The Pierce Homestead, and the Pierce Mansion where he died, the home was named the "Manse" in 1969. The name means "a house lived in by its owner." The Salem, Massachusetts home of Pierce's long-time friend, Nathaniel Hawthorne, named the Old Manse, served as the inspiration for the Pierce Manse moniker.

The Pierce Brigade opened the house to the public in 1974. The attached barn, although not original to the house, was added to this site in 1993. In 2007, the Manse underwent a second renovation to expand space and capacity to host members of the public and student groups.

Franklin Piece had the same views on slavery as Daniel Webster, Henry Clay, Abraham Lincoln and many of the people of his time. He abhorred slavery and wanted to see it ended in the United States. Neither he, nor anyone in his family ever owned slaves. Of the first 18 US Presidents, there were just four who never owned slaves: John Adams, John Quincy Adams, Abraham Lincoln and Franklin Pierce.

Pierce believed that the US Constitution gave states the legal right to allow slavery, if they chose to do so. He feared that agitation over slavery would lead to the breakup of the Union and possible civil war. He, like the other presidents who were in office during this era, looked for compromises that would alleviate the polarization between northern and southern states. None were successful.

In a letter to Rev. D. W. Burloughs on March 18, 1838 Pierce wrote, "l am no advocate of slavery. I wish it had no existence on the face of the Earth, but as a public man, I am called upon to act in relation to an existing state of things...would you recommend overturning the Constitution by a civil war, which would carry ruin and desolation to every portion of this Country and probably result in the extermination of the coloured population upon this Continent?′′ 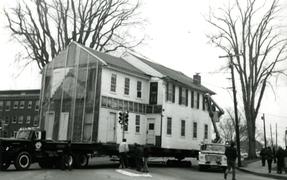 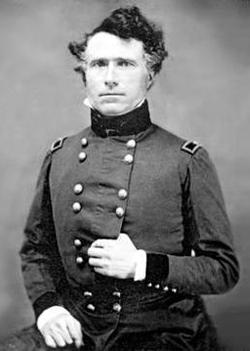 About The Pierce Manse

The Pierce family lived in what is now known as the Pierce Manse from 1842-1848.

Originally located on Montgomery Street in downtown Concord, the house was moved to its current location in 1971 after it was slated for demolition as part of urban renewal.

Community volunteers, known as the Pierce Brigade, secured a land grant and raised the money necessary to relocate the house and restore the Manse to its original condition.

Accomplishments In Office
While President, Pierce reduced the national debt by 60% from $75 million to $35 million, established the office of the United States Attorney General, modernized the Army and Navy, improved relations with Canada, established trade with Japan and expanded our national borders. He kept the nation from war and was probably the most
honest and ethical president up to that time.

Family
Franklin Pierce married Jane Appleton in 1834 and had three sons. All three of the Pierce sons died as children, a tragedy from which the President and Mrs. Pierce never fully recovered.